The next step of the basic archery series is learning how to properly release the bowstring and shooting the arrow at the target.

Many of those that are just beginning their archery journey, dont realise that the release is not simply letting go of the bowstring. A common mistake that many make is simply twanging the bowstring like a musical instrument, this will result in the arrow flying off to the side. It’s more about allowing the bowstring to leave your fingers and propel the arrow forwards.

All lessons before this you were able to stop or change your stance, grip etc. With the release you are committed to completely the stop, so unable to change anything as soon as the arrow is released.

There is nothing wrong with starting the process again…the key is to get the shot right, you don’t need to rush.

It’s really hard to change the above when you have the bow fully drawn, because of the draw weight. You will therefore want to lower the bow and move the bowstring back to the bow (obviously don’t just let go of the string!).

It’s important to remember, you want the release of the bowstring to be as smooth as possible. 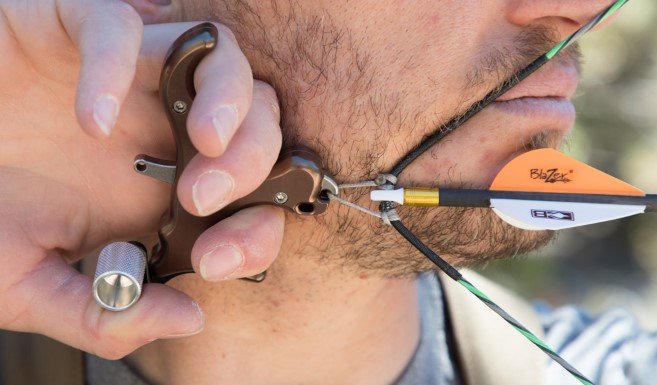 Before releasing the string and you have just finished aiming, take a mental note of your form to ensure its correct. It’s very common for your drawing arm to move forward slightly and reduced tension on the back, both of these will impact the accuracy and strength. 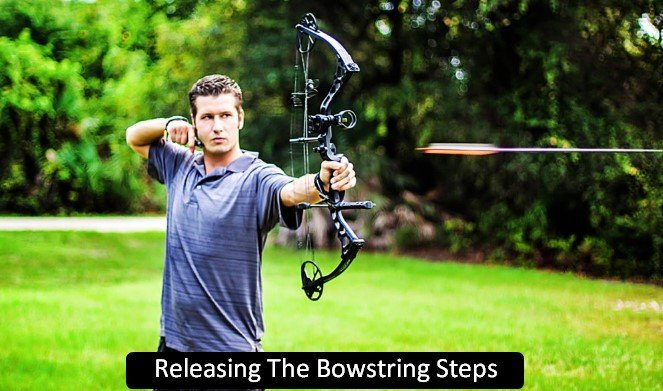 As mentioned one of the things that many beginners do is snap their fingers one or pull on the bowstring as they let go of the string, resulting in the arrow not going in a straight line. Many also move their hand to the side when they release the bowstring, which can also cause the arrow to fly off course.

What is Dead-Release and How To Prevent It

Dead release is simply letting go of the bowstring, the fingers will remain at the side of the face and there is no additional movement in the drawing arm or any follow through. It is something that many archery students to at the start of their archery journey. 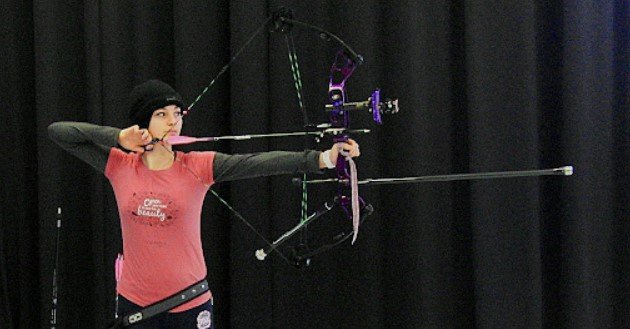 The problem with dead release is that it can cause people to start “punching” the bowstring. This is when you tend to move the drawing arm forward when releasing the bowstring, impacting accuracy and the power of the shot.

It’s important to think about the steps of releasing the bowstring to help reduce the chances of dead release. You want to try and focus on expanding the chest muscles, which should happen just before you let go of the bowstring.

You can practice doing this without holding the bow, simply place your hands on your major pectoral muscles. If you don’t know where these are, you can find them outside the chest wall. Take a long deep breath in and inhale slowly, now slowly exhale and push out the air. As you continue this you should feel the pectoral muscles roll outside of the chest as well as your shoulders roll backwards.

When you are releasing the bowstring, you should feel this same movement. As you do it, it slightly pulls the bowstring back a little more to give it that little extra tension. It is only the drawing arm that moves, as the hand holding the bow will remain still.

The next and final lesson in the Basic Archery series is going to show you how to follow through properly, ensuring you don’t accidently nock the arrow of its course.