If you’ve just taken up archery for the first time, it’s important to remember that archery is a mildly dangerous pastime. There are risks, not just to others at the end of the pointed tip of your arrows, but to yourself as well.

That’s why it’s crucial to get familiar with all the rules of the shooting range before you even pick up a bow. Knowing the rules will help keep others out on the range safe, but for your own safety and protection, you’re going to need safety equipment for archery. Unless you like the idea of returning home each day like a general, with a thousand war injuries.

Don’t worry, you won’t have to appear all submerged in protective gear like a fireman. Archery safety equipment are inconspicuous; they won’t even get in the way of your clothes.

Unsure what to get? We’ve made this checklist for you. Bag each of these and you’re ready to hit the range and start hitting those targets.

Each of these protective equipment will isolate your limbs from danger and ensure that you don’t have to go to bed after nursing several small aches and bruises:

You’ve probably watched Legolas shoot arrow after arrow in the Lord of the Rings movies without any kind of protection for his fingers, even going as far as holding a contest with one of the dwarves. But, take it from us, you wouldn’t want to be Orlando Bloom after each of those scenes. 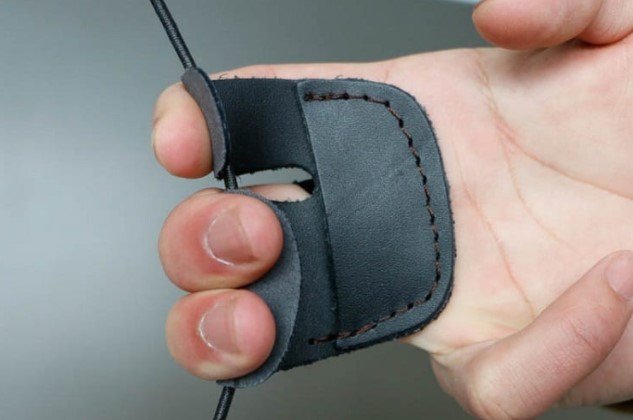 Your fingers take the impact of the pressure from every released arrow. This pressure manifests in barely noticeable discomfort, but the discomfort increases the more arrows you shoot.

Out on the practice range, you’ll likely release hundreds of arrows every archery session. At the end of the day, you may find yourself with seriously smarting fingers that may remain sore for several days. So, while you definitely can shoot arrows without a finger tab, we don’t recommend it.

The finger tab is a leather pad shaped like a hand, with a particular emphasis on protecting the three fingers that you use to take the string. The right finger tab for you would depend on your shooting style. They come in several models and shapes; some are perfect for traditional shooters, some would fit barebow shooters best, while some are designed for Olympic style shooters.

Protection for traditional style archers is in the form of gloves as opposed to finger tabs. These gloves are mostly whole and their fingertips are reinforced with cow leather to offer greater protection.

The rest of the glove is usually solid and tough, and there’s a strap for the wrist. The gloves are suitable for both left or right-handed shooters, as they are symmetric.

Like traditional finger tabs, barebow Finger protectors are made of leather. Barebow finger tabs are also whole, so shooters can take the string with all three fingers together. Unlike traditional gloves, barebow tabs do not cover the whole hand, just your index, middle, and ring fingers.

Olympic finger protectors use the two-one technique, so, unlike barebow tabs, they are cut between the index and middle fingers. They also come with accessories such as stabilizer bars and sights.

A forearm protector is necessary to protect your arm from the whiplash of the string when you release an arrow. This happens fairly regularly in archery as the position of your elbow when shooting places your forearm in the direct line of the string. 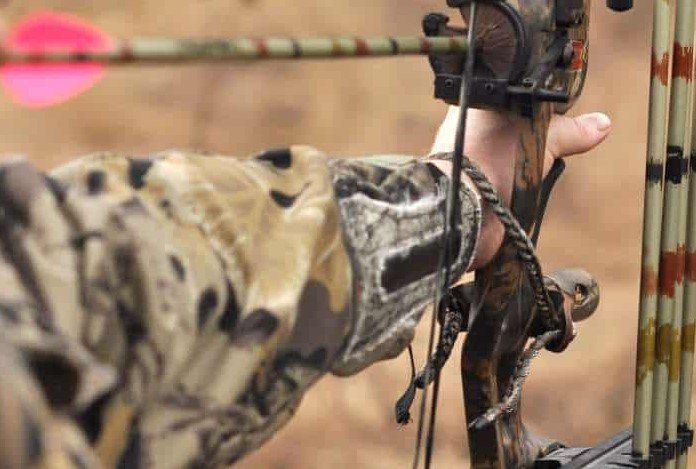 Apart from the expected sting, whipping strings can also leave you with small or significant bruising. The pain may last a few minutes or hours, or it may extend to several days and even leave a scar. Luckily, a forearm protector can prevent all that.

It’s a leather accessory that you place on your forearm (the one that grips the bow), then secure firmly to your arm by lacing the elastic straps around it. So, when the string whips after you shoot an arrow, it’ll just be hitting the protector. No damage caused.

Here again, the perfect forearm protector for you would depend on your archery style. Nevertheless, you wouldn’t have to worry about size or hand orientation.

There’s some debate as to the actual classification of chest guards. The jury’s still out on whether they actually protect shooters or just help maintain the trajectory of their shots.

When we let go of the string, it may brush against our clothing, changing its and the arrow’s course. This is why the chest guard is worn on the pectoral of the arm that holds the bow. 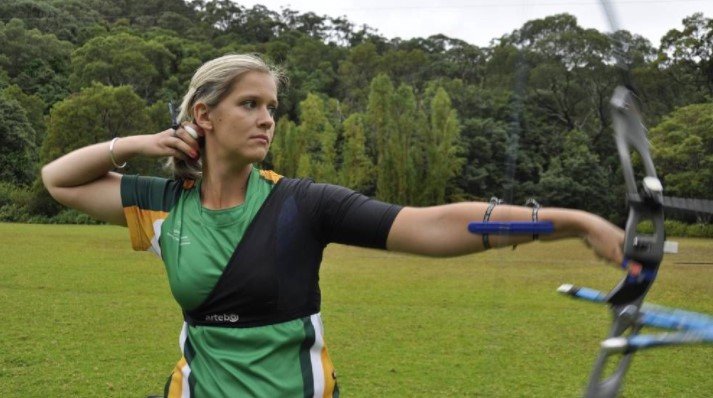 The primary role of the chest guard is to keep our clothing as near to our bodies as feasible, to prevent interference with the string. Furthermore, it creates a more uniform surface so that whenever the string scrapes, it does so against the protector, decreasing shot variation.

Ostensibly, the chest guard doesn’t so much protect than protect the purity of shots. Nevertheless, some people complain that they do feel slight discomfort when the string hits their chest, particularly when it does so consistently. So, the chest guard is still useful as a protector, after all.