Geocaching is a popular activity worldwide, and there are so many different ways to participate. In this blog post, we will answer some of the most common questions about Geocaching, including who invented Geocaching? What is the history of Geocaching? Is it safe for kids to go out Geocaching? Where can you find caches? Who does Geocaching? And more!

Geocaching was invented in 2000 by Dave Ulmer. Since then, geocaches have been placed worldwide, and there are now millions of caches hidden around the globe.

While some people may not see it as a safe activity, many experienced geos say that geocaches can be enjoyed without any risks so long as you follow certain safety precautions like being aware of your surroundings and taking note of what is going on with weather conditions before heading out to find new spots! 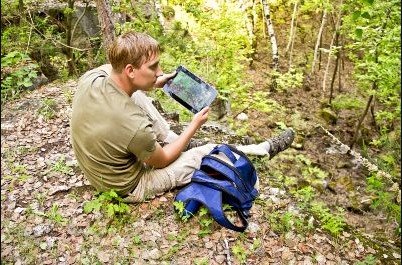 What Is The History Of Geocaching?

A man named Dave Ulmer came up with Geocaching back in 2000. Since then, over a million caches have been hidden all around the world.

Many people enjoy Geocaching as a hobby, and it is not limited to just one group of age or gender! There are many different ways that you can find these hidden treasures for yourself. Be creative, get out there, and explore on your own!

How Long Has Geocaching Been Around For?

Geocaching has only been around since 2000 when Dave Ulmer invented the idea, so we still haven’t quite seen what long-term effects this will have in society, but some say that its popularity might eventually decline due to other activities like Pokémon Go taking off instead.

What is the terminology associated with Geocaching?

There are many different types and varieties, but one example would be an Etch-A-Sketch toy with a tracking number. These objects have unique identifying codes, so they can be tracked along their journey as they move from place to place within our world. Logs: This refers to journals where the finder will write about his experience

Can Kids Get In On Geocaching?

Yes, kids and adults alike can get in on Geocaching. It would help if you were old enough that you’re not going into public spaces without an adult (i.e., 18 for some areas).

Geocaching is very safe as long as the person goes with a friend rather than trying it alone because there could be someone living nearby who doesn’t want strangers to come onto their property or look at things they don’t want others seeing. However, some people have had bad experiences finding caches vandalized like broken eggs inside the container or, even worse, dead animals!

Apps For Finding A Cache:

There are many different apps available for finding caches. Some of the most popular ones can be found on the app store for Apple devices.

Are There Cache Websites?

Yes. Many geocaching websites have been created for finding caches and logging finds. One of the most popular ones is called Geocache Friends, but there are other sites like Grounds peak’s Geocaching website that list all the newest cache locations in one place and let you know when someone logs a find on your favorite spot!

Who Does The Caches?

Geocachers do these caches to share their interests with others or as part of an event such as National Park Week, where they might put out ten total items in different parks over five days. Some people hide them because they enjoy doing it themselves without expecting anything back from anyone else, while some go more into depth and make the hunt a challenge!

What Kind Of Things Can You Find When Geocaching?

Geocachers might find something that’s not a part of the hunt but is just lying around. Maybe they’ve found an antique coin, or perhaps it was simply an old penny. Geocachers have also been known to uncover some pretty cool items along the way, like a map from 1797!

What Is The Best Way To Get Started In Geocaching?

If you are interested in getting started with Geocaching, then three primary things need to happen: first, you will want to get yourself out into nature and exploring as much as possible; second, create your account on one of these sites, so people know who you are when they see your name on their GPS device; third, start hunting, get your GPS coordinates squared away and find a location that is close to your current spot!

Can Adults Take Part in Geocaching?

Yes! Geocaching is an activity that people from all walks of life enjoy. It can be great to get out and explore nature with friends or family, learn a new skill like map reading, or simply have fun exploring the world around you while on vacation.

How Long Has Geocaching Been Around For?

Dave Ulmer invented Geocaching in 2000, but it took some time for the craze to take off- mainly because there weren’t any GPS devices at this point. The first handheld GPS unit came out in 1989, and so geocachers finally had a way to track their progress about 15 years later when they were adopted as standard equipment after being developed for military use during World War II

Who Are The Most Common Geocachers?

The most common geocachers are kids, families, and friends. It can be an enjoyable activity to do on the weekend or during summer vacation with family, which is why it’s so popular among school-aged children.

If Geocaching is something that interests you, get after it! All you need is a sound GPS system, some coordinates, and a drive to find hidden treasures! Just be careful as this can become quite addicting amongst kids and adults alike! Ready, Set, Go!