Studies show that spending time outside can have many positive effects on your kids’ health and mood. And there’s a variety of outdoor activities that you can choose from.

If you have your kid’s friends coming over and you haven’t prepared a solid plan, we’ve got your back! We’ve listed ten outdoor activities that your kids will be eager to try with their friends. Read on to find all about them!

10 Fun Group Outdoor Activities for Your Kids and Their Friends

To play scavenger hunt, firstly, prepare a list of objects you’ve hidden in your yard earlier, and separate the kids into two teams. Secondly, hand the list to both teams, and give them timers to indicate when the game will be over. 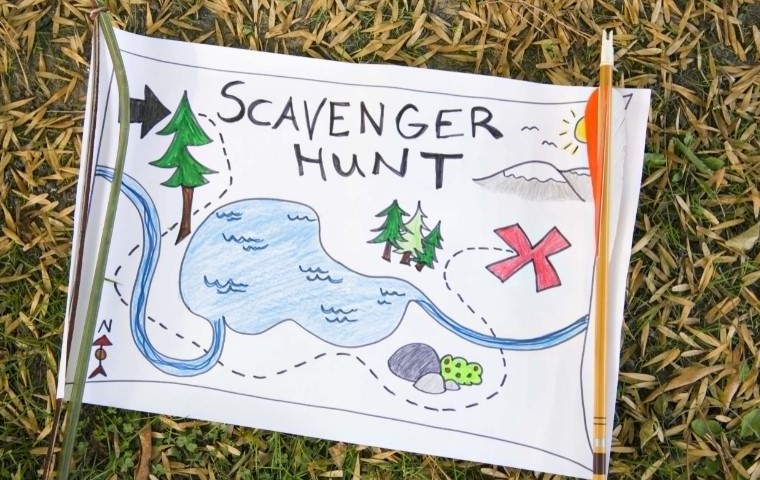 Afterward, all you have to do is sit and watch as kids have fun looking for the hidden artifacts amidst the plants. It’d also be best to dedicate a reward to the winning team.

To play catch the flag, divide your yard into two courts. Next, split the kids into two teams, and give them two flags to place in their yard area.

The goal of this game is for a team to steal the other team’s flag. Undoubtedly, any kid who gets caught or tagged is out. Also, you can place some obstacles in the yard to double the fun, but make sure kids won’t trip over them.

To ensure that your kids have fun with their friends, you can go classic and let them build a fort in the yard. Just give them an old sheet and some rope to fix the fort around.

If you don’t mind the chaos, your kids can have a fun time with a water balloon fight. So, fill a large number of balloons with water. Next, split the kids into two teams, and give them equal numbers of water balloons. Set the timer, and tell them to start. Then, by the end of the game, a reward goes to the team that has popped more balloons.

You can never go wrong with hide and seek. There are many ways to play it, so the chances of boredom are slim. Firstly, you can assign a kid to count to 20 and then search for the rest.

Secondly, if you’d like to add a challenge to the game, you can decide on a home base that kids can run to and tag, thus protecting themselves from the seeker.

The first thing you should do is assign a kid to be the traffic light at one end of the yard. And the rest should stand at the other end. Then, when the game starts, the traffic light faces the players and shouts, “Red light!”, meaning that all kids are supposed to stay still then.

For a fun time with minimum effort, you can opt for musical chairs. Just arrange several chairs less than the number of players by one in a circle facing outward. Then, you can be in charge of playing music. When the music plays, the kids should walk around the chairs, and once it stops, they should sit on any chair they can reach.

Afterward, the kid who doesn’t sit on a chair is out. You, then, take another chair out for the next round and do the same for each round. And the player that sits on the last chair wins the game.

You can split the kids into two groups and play sharks and minnows. Firstly, assign one group to be sharks and the others to be minnows. Secondly, the two teams should stand in a straight line facing each other. Finally, when the game starts, the minnows should run away from the sharks before they tag them.

Moreover, tagged kids have two options: to join the sharks’ team or be a seaweed. Seaweeds sit around and try to tag minnows so that they can become seaweeds. In the end, the last surviving minnow becomes the lead shark for the next game.

Last but definitely not least, your kids can play freeze tag with their friends. First, you assign a kid or more to be “It”. They’re supposed to run around and tag running kids, and once that happens, the running kid should freeze.

Kids’ parties can be challenging because it’s hard to control a large group of kids. But you can make sure they have fun and stay in line with some fun outdoor activities.

If you want to go old school, you can let them play hide and seek or musical chairs. But if you want them to break a sweat, you can choose between sharks and minnows and catch the flag. We hope you like our list of the ten fun group outdoor activities for your kids and their friends!